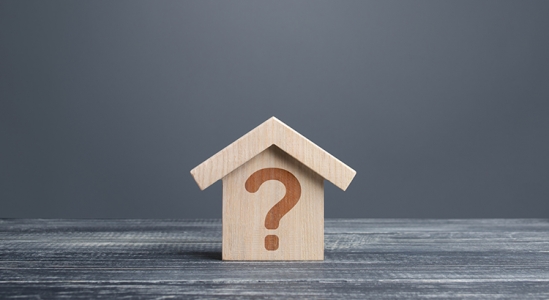 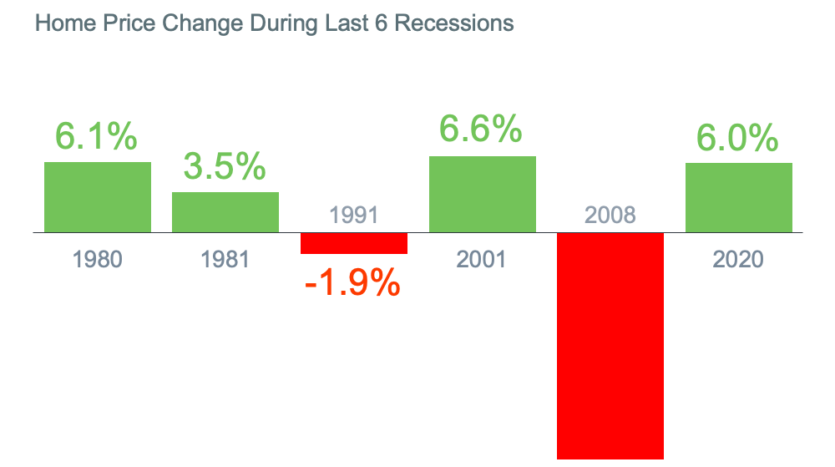 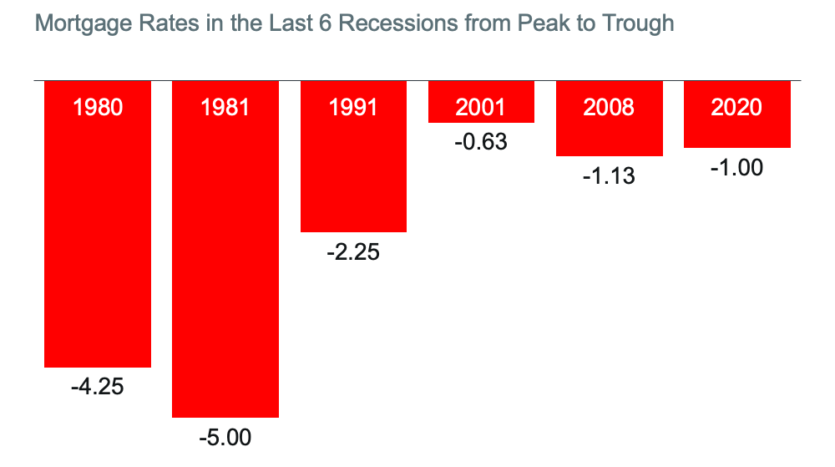 What Would a Recession Mean for the Housing Market?

And as more recession talk fills the air, one concern many people have is: should I delay my homeownership plans if there’s a recession?

Here’s a look at historical data to show what happened in real estate during previous recessions to help prove why you shouldn’t be afraid of what a recession would mean for the housing market today.

To show that home prices don’t fall every time there’s a recession , it helps to turn to historical data . As the graph below illustrates, looking at the recessions going all the way back to 1980, home prices appreciated in four of the last six recessions. So, historically, when the economy slows down, it doesn’t mean home values will fall. 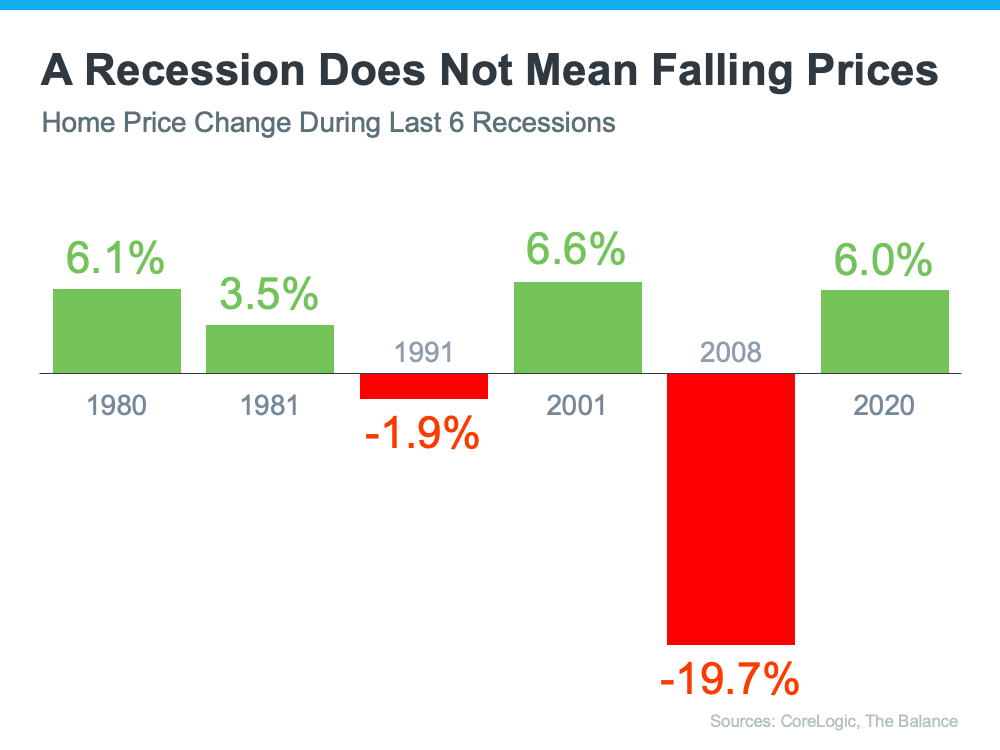 Most people remember the housing crisis in 2008 (the larger of the two red bars in the graph above) and think another recession would repeat what happened then. But this housing market isn’t about to crash . The fundamentals are very different today than they were in 2008. So, don’t assume we’re heading down the same path.

Research also helps paint the picture of how a recession could impact the cost of financing a home. As the chart below shows, historically, each time the economy slowed down, mortgage rates decreased. 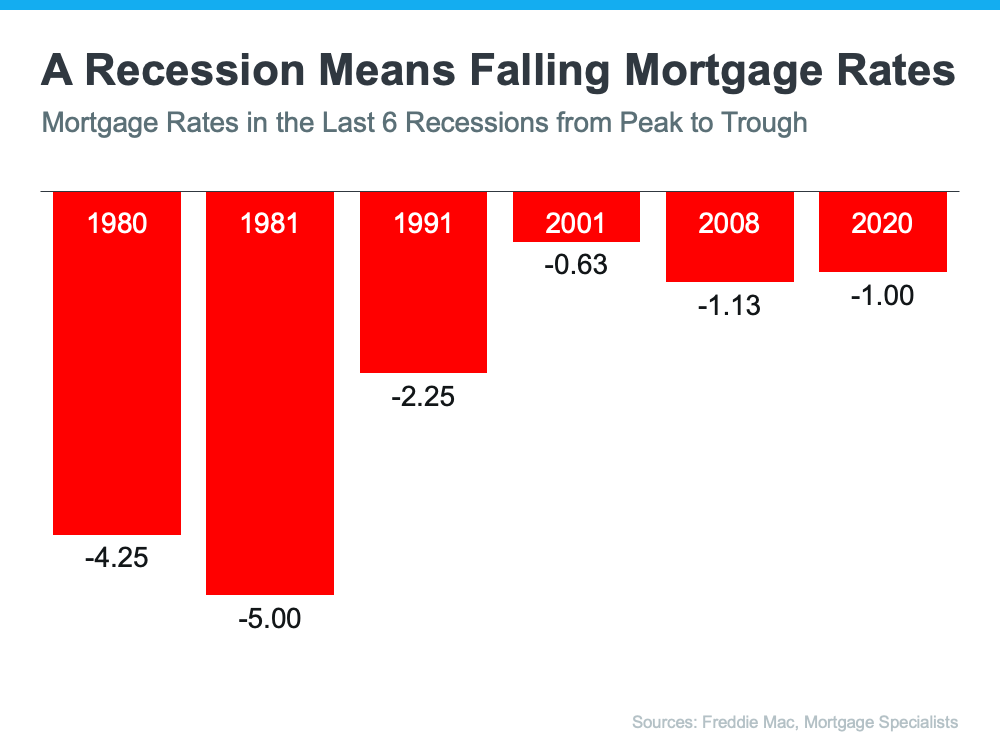 “Over the past five recessions, mortgage rates have fallen an average of 1.8 percentage points from the peak seen during the recession to the trough. And in many cases, they continued to fall after the fact as it takes some time to turn things around even when the recession is technically over.”

And while history doesn’t always repeat itself, we can learn from and find comfort in the historical data.

There’s no doubt everyone remembers what happened in the housing market in 2008. But you don’t need to fear the word recession if you’re planning to buy or sell a home. According to historical data, in most recessions, home price gains have stayed strong, and mortgage rates have declined.

If you’re thinking about buying or selling a home, let’s connect so you have expert advice on what’s happening in the housing market and what that means for your homeownership goals.